What Is DUNE About

Originally a novel written by Frank Herbert in 1965, Dune is a soft sci-fi story based on a complex imagined society 20,000 years in the future. Human beings have spread out and colonized planets throughout the universe, where several noble houses control planetary fiefs. This set-up focuses on one noble family entrusted with protecting the most valuable asset and most vital element in the galaxy.

So, much like Tolkiens work, Dune is the definitive book for nerds. It requires a map, an appendix, and a glossary to make sense of it all. Including many extensive details, it is only natural that Dune would have sophisticated world-building and be cerebral, which having more knowledge of make it much easier to dive into its vast world. The same applies to its movie adaptations. Thus, here are some reference materials for people new to Dune or have not read the novel in a while and need a quick pick-me-up before checking out the film.

Furthermore, if you want to enjoy more things Dune before then, the first film version by David Lynch was released in 1984 and is available to rent on Amazon. Next to the extremely popular Star Wars, it is one of the first introductions into great science fiction filmmaking and worth checking out. It also happens to be what inspired the glossary shared below, given to the first 1984 audiences from Universal Studios. 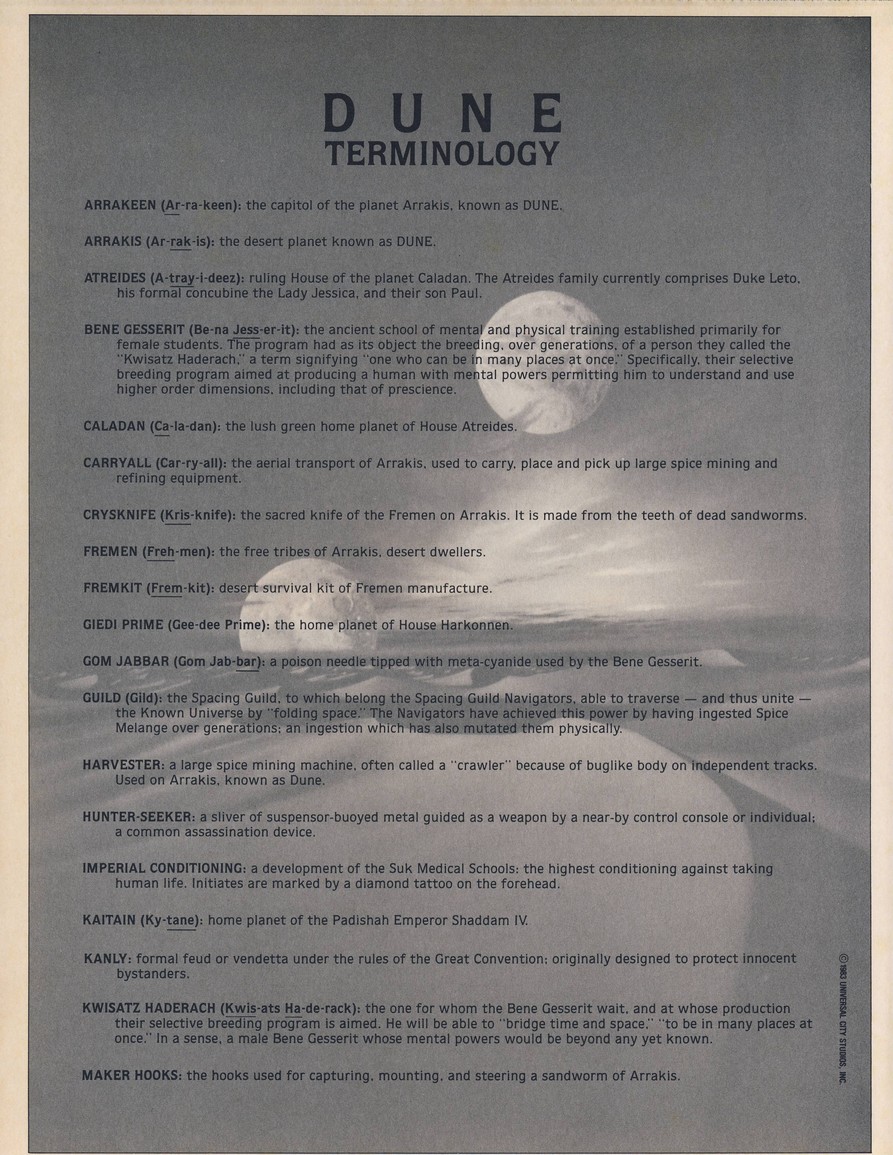 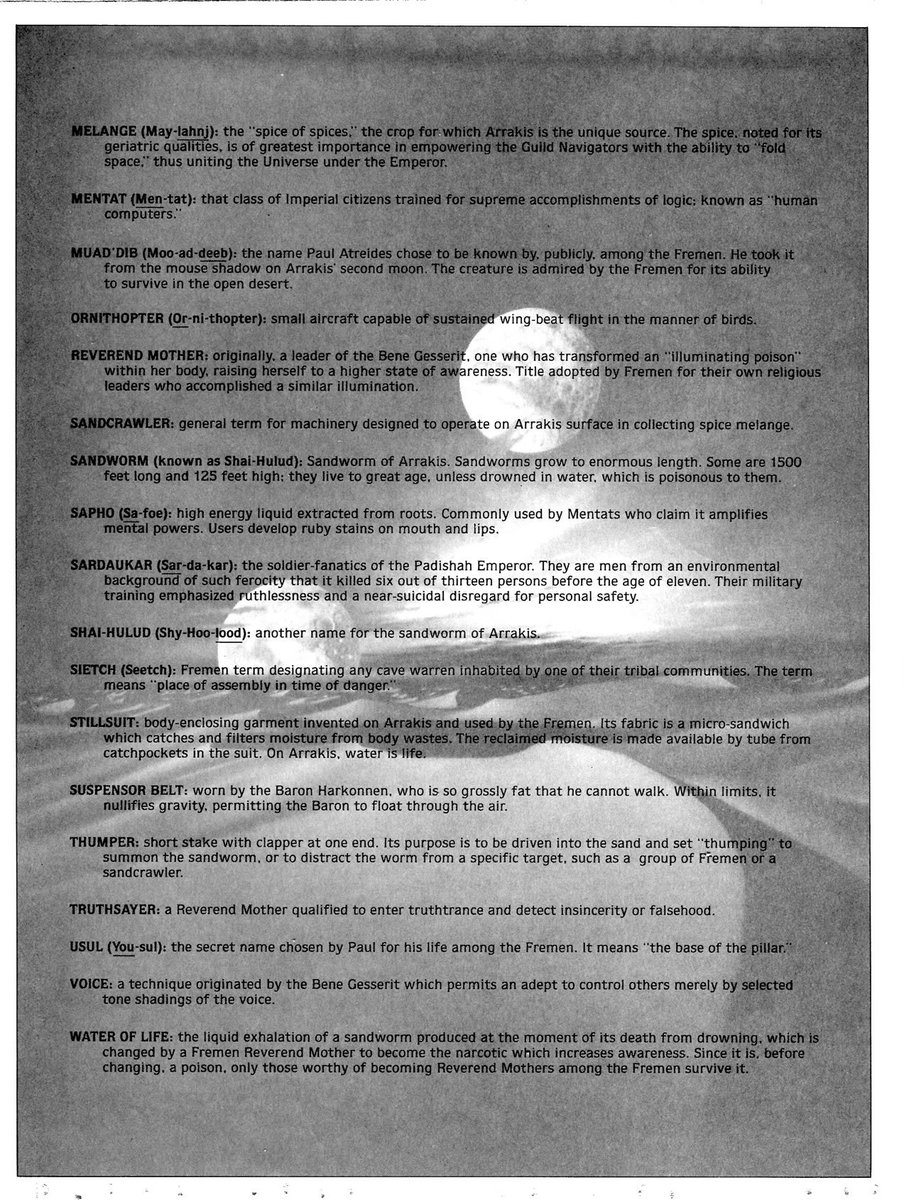