A slightly positive turnaround from the last misfire (Whitey’s on the Moon), “Holy Ghost” follows Leti, Ruby, and Atticus, into a classic haunted house set-up. Hoping to mend the relationship with her sister Ruby, Leti turns a decrepit Victorian home into a boarding house to begin a partnership between them. Of course, things do not go as planned, and the white neighborhood they now live in lets Leti, her family, and friends know they are not welcome. While Leti works to build a haven for the people in her community and deal with the town bigots, she must also face angry ghosts determined to purge everyone from the house. 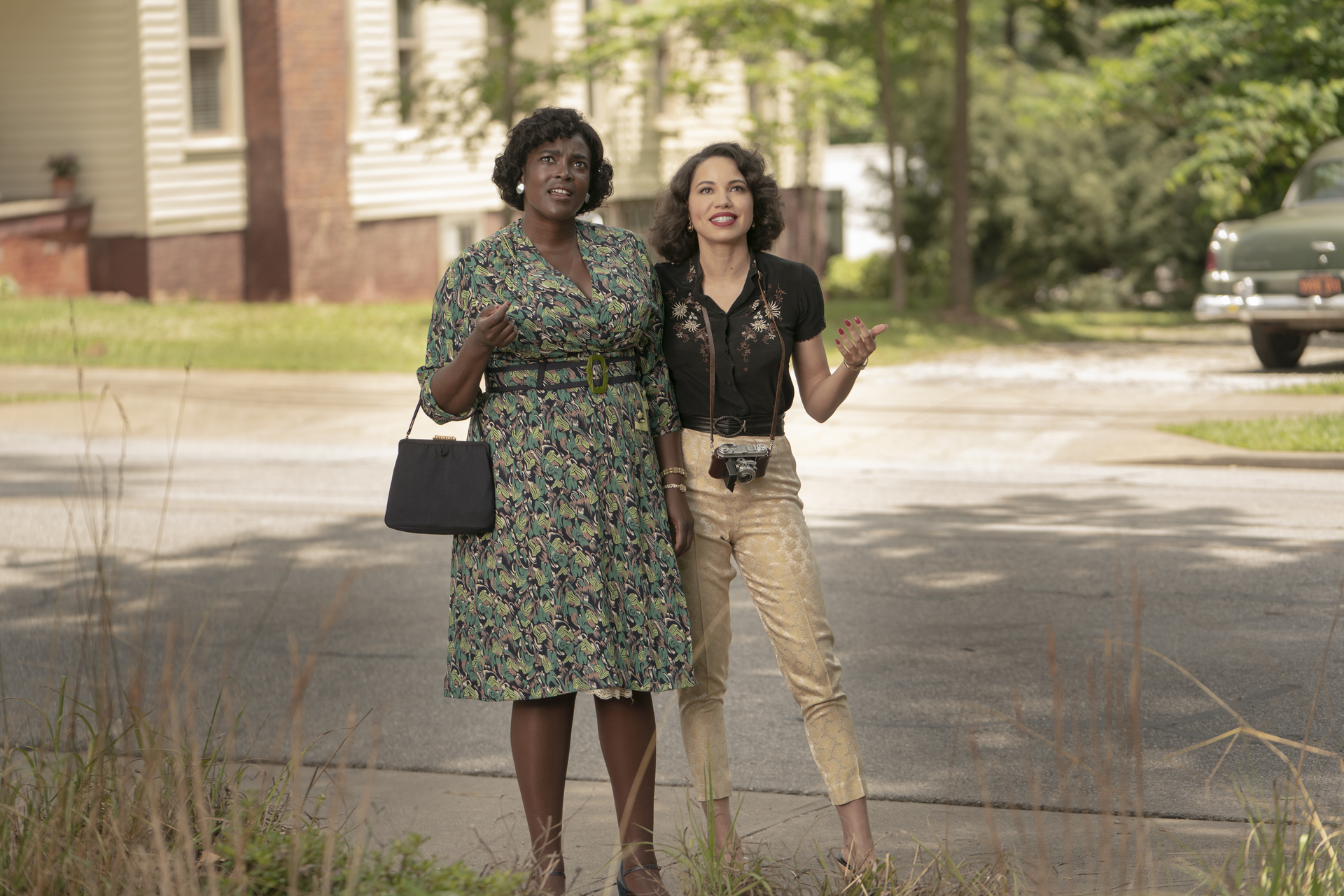 By now, viewers see the show is told through an anthology structure and has moved into the story of ghosts and their restless souls. Ironically, this episode is more continuous in structure than the previous, “Whitey’s on the Moon,” which worked in its favor. Things begin to make more sense story structure-wise, yet, several aspects of the show continue to lack what the almost-brilliant pilot achieved. Arguably most of Lovecraft Country’s praise comes down to Jurnee Smollett’s scene-stealing performance but not much else. 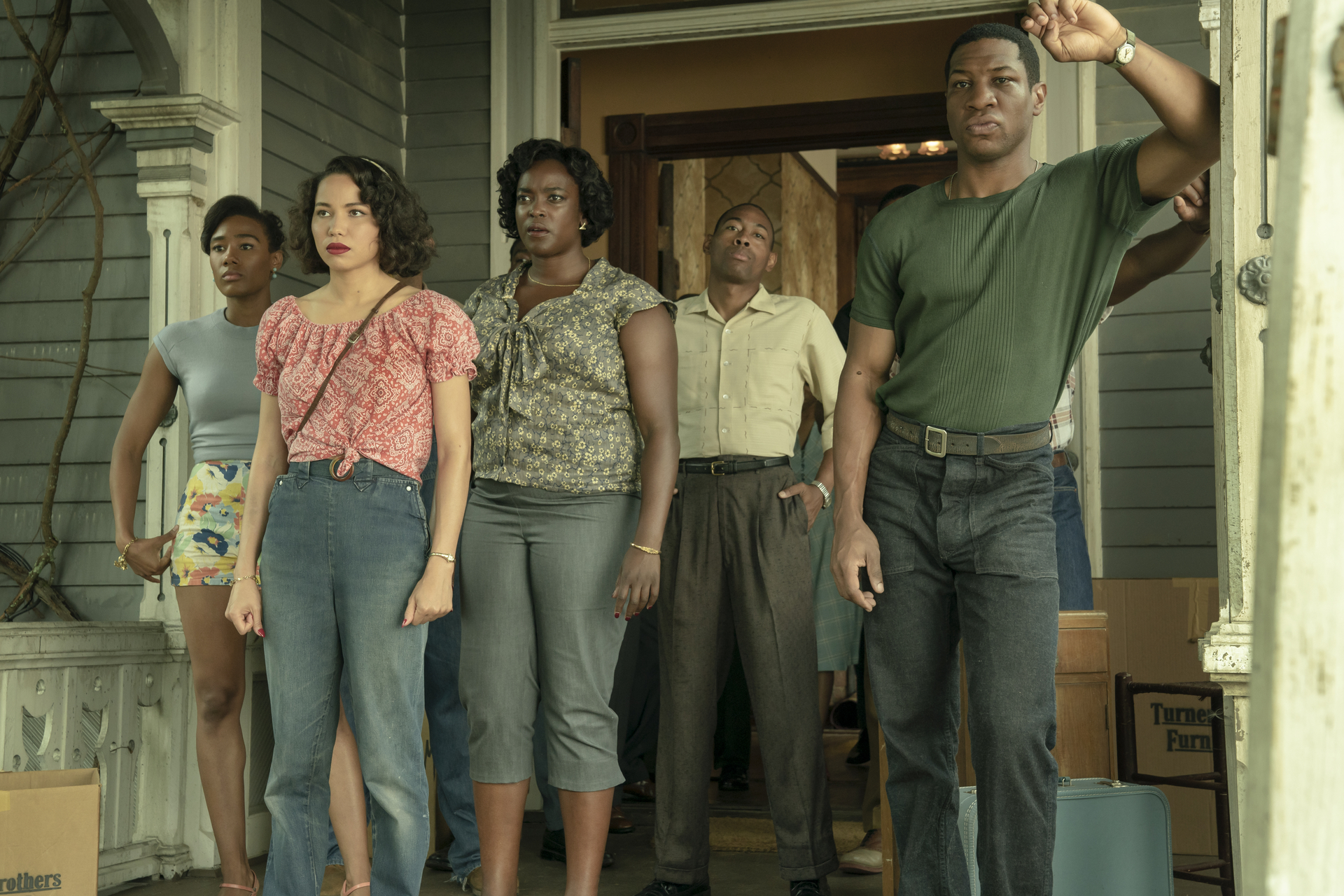 Jonathan Majors continues to produce a monotonous performance, and in such a fantastic world filled with endless possibilities, it is frustrating to watch. Not sure if it is because he lacks direction or maybe experience with this type of material, but it needs to be improved. In fantasy or horror, actors are not expected to give Oscar-worthy performances (although some certainly do); nevertheless, there is an essential and representative element of the content: strong reactions.

Wonder, dread, shock, abandonment, anguish, hysteria, panic, elation, and more, are common emotions explored in fantasy and horror—yet are rarely seen in Atticus. His body language and emotions are not adequately expressive, appearing dreary, and not impassioned as the situations elicit. Then, his behavior and motivations are also inconsistent compared to the other characters, and in that observation, the writing more than the acting is causing a disjointed performance. As well-intentioned Majors and the show’s creators are, the writing and execution take away from its top-notch talent and production. What would have been a perfectly bad-ass scene when Leti storms out of the haunted house to smash in the bigots’ windows; was ruined by the music. The choice to add in gospel music was great and a smart characterization of the black community, especially during The Jim Crow South. Anyone that grew up in a black Christian home understands its importance. However, it did not suit the scene well and sounded misplaced, forced, and too boisterous. It resulted in the conflicts tonal beat together with the music—distracting and not complementing Jurnee’s performance. The last episode’s soundtrack had a similar effect: created a messy shift opposite to what was being conveyed.

Other than Atticus and the soundtrack, Leti proved to be the star of Lovecraft Country once again. She moved with even more confidence in “Holy Ghost” as she was forced to confront family issues, feelings for Atticus, dangerous bigots, and the supernatural. Exuding so many different emotions, Jurnee Smollett gave us a different side to Leti that gives us more to look forward to exploring later in the season.