From MTV’s ‘The Real World’ to a performance like this, Lovecraft Country has become Jamie Chung‘s best work to date. The strongest episode of the season, along with the pilot, ‘Meet Me in Daegu,’ settles in the throes of the Korean War and centers around nursing student Ji-Ah played by Chung. Along this journey, Ji-Ah crosses paths with a wounded Atticus (Jonathan Majors), who has no recollection of their violent first encounter.

Lead by Ji-Ah for most of the story, Jamie Chung’s performance was unique compared to any other role she has done—proving some actors just need that compelling role to shine. She effectively captured Ji-Ah’s insecurities, bewilderment, naivety, conflicted heart, and monstrous possession to become a leading lady. Also, equally impressive, what Chung embodied most effectively is Ji-Ah’s sincerest characteristic: a romantic. This sentiment was conveyed perfectly by her enthralled reaction to Judy Garland‘s verve and light in Meet Me in St. Louis and Easter Parade.

The Lore of Hollywood

Moreover, as stated before about this episode’s excellence, not only was it well-written—added depth to Tic and finally revealed Chung’s teased character—but the direction was cohesive and dynamic with purpose. The work done in this episode is the momentum Lovecraft Country needed. And in a show that tackles horrific realities and mythologies with brute force, it had a delightful romantic scene between Ji-Ah and Atticus touchingly bonding over Hollywood’s Golden Age of film.

Their encounter, however, ends in typical Lovecraft Country fashion, revealing Ji-Ah’s deadly identity to Atticus and propelling us back into the cosmic horror we have come to know. Thus far, the most terrifying and unsettling scene in the show, ‘Meet Me in Daegu,’ gave us a glimmer of monster whiplash similar to ‘Sundown’s’ “shoggoth” attack of Leti, George, and Atticus in the woods. Accordingly, as furry limbs descend from every hole in her body right before our eyes, Ji-Ah’s lover and now victim, has his soul ripped from his body before exploding. We get a quick montage of the man’s life ending with a blood-drenched Ji-Ah during this violent tryst. 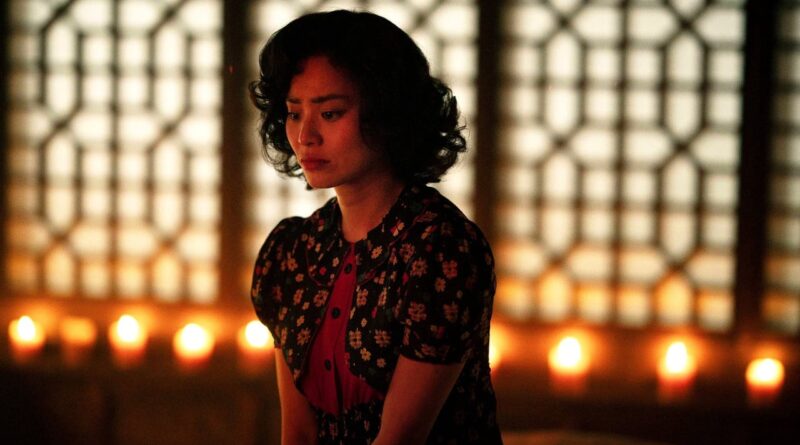 After such a shocking scene, it most likely left many viewers confused about what Ji-Ah is, even after the sullen ending revealing a significant allusion to Korean folklore. The creature it references is known as kumiho (gumiho) and appears in Korea’s tales and legends. Initially from ancient Chinese myths and folklores, a fox that lives a thousand years turns into a kumiho. The show depicts this legend by making Ji-Ah a kumiho, which is described as a nine-tailed fox spirit that can be summoned into the appearance of a woman to avenge the injustice done by men. Ji-Ah has taken this form due to her mother summoning the kumiho to kill Ji-Ah’s stepfather, who abused her.

Lovecraft creators add more to the legend, and we learn from Ji-Ha’s mother that she can become human again once she collects 100 souls, in which she stops at 99. Concluding this way devised one of the more complex endings of the season, choosing to stay a monster rather than kill the man she loves, and it introduced us to a fascinatingly dangerous mythos. It is promising for Lovecraft Country‘s story that Ji-Ah and Tic’s story certainly does not end here. Most Promising New Horror Films of 2020 and Beyond